Ocean Science (OS) is pleased to announce the publication of its first "Letters" paper. OS Letters are short research articles, highlighted by the EGU as reporting particularly important results and major advances in a concise and engaging style.

The paper finds a sea-level analogue of transient climate sensitivity (the global mean temperature response of climate models to radiative forcing). It identifies a near-linear relation between the rate of sea-level change and global mean surface temperature (and hence in turn accumulated carbon dioxide emissions). This relation is found both in model projections and in observations on a century scale. "Transient sea level sensitivity" is defined in metres per century per kelvin. The extrapolation of recent observational records on this basis suggests a higher upper estimate of sea-level projections than in recent IPCC reports.

The joint press release by the University of Copenhagen and the EGU can be found at: https://www.egu.eu/news/740/sea-level-will-rise-faster-than-previously-thought/ 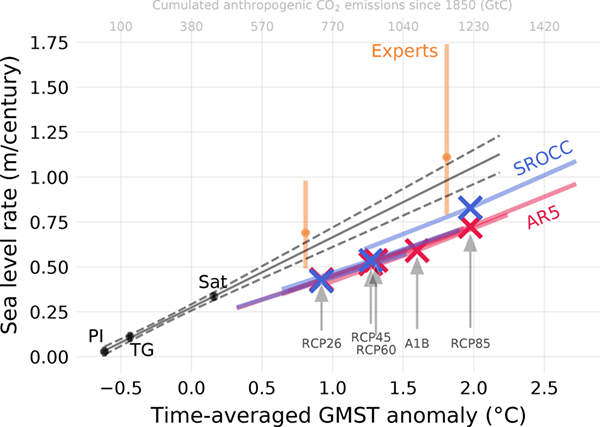